ADD is defined as a syndrome, usually diagnosed in childhood, characterized by a persistent pattern of impulsiveness, a short attention span, and often hyperactivity, interfering especially with academic, occupational, and social performance. In addition to ADD there is Attention Deficit Hyperactivity Disorder (ADHD). Here hyperactivity is the predominant symptom. Previously ADD was referred to as a learning disability and ADHD as hyperkinesis (over-activity).

Those against drug treatment cite animal and other research that shows frontal brain becomes sluggish and the animal’s enthusiasm for life diminishes.

ADD and ADHD have overlapping characteristics; often the terms are used interchangeably. This discussion will be directed toward ADD as it pertains to mental functioning as manifested in children and adults. In children it is often considered a learning disability. In adults it can be seen as lack of concentration. The adult may have failed to learn the educational basics that are now causing inability to progress at a satisfactory level.

In children the problem may be first identified by poor grades, generally poor attention in school, difficulty reading or doing mathematics. The disability may be noticed by the parents or brought to their attention by teachers. The first consideration is how to deal with the situation. A common approach in the current drug-oriented society is to prescribe stimulant medication, but is this the best approach?

Almost all of the stimulant drugs used for ADD are schedule II drugs as classified by the Drug Enforcement Administration (DEA). They have a high potential for abuse and may lead to severe psychological or physical dependence. Included in schedule II drugs are morphine, cocaine, methadone, and methamphetamine.

Schedule I drugs are the only higher level of restricted drugs. They also have a high potential for abuse but currently have no accepted medical use. Included are heroin, methaqualone, and LSD.

II. Drugs or Evaluate the Condition

People classified as having a learning disability often have an acquired failure of optimal nervous system function. An evaluation should be made to determine if there is a reason for the disability.

A general health examination is the first step. Conditions such as anemia, hearing and visual deficiencies, hypothyroidism, and other general health problems could be the underlying cause of the disability. Usually, school systems have programs to find sight and hearing deficiencies. Most pediatricians will find anemia and other specific disease processes that might be affecting a child.

After ruling out general health problems, which almost any physician can do, a more specialized evaluation is done. Many applied kinesiologists treat elite athletes such as Dr. Sahara, to enhance performance. This is accomplished by optimizing the nervous and glandular systems as well as other controlling mechanisms of body function. In similar way a person’s mental ability can be improved if dysfunction is found in the controlling mechanisms of mental function. Let’s look at some causes of dysfunction.

From the time of conception, a child’s nervous system goes through various stages of development and organization. This development can be considered an education of the nervous system, enabling it to carry out the demands of the system efficiency and effectively.

For many reasons one or more stages of a child’s neurologic organizational development can be skipped or not satisfactorily completed, creating disorganization within the nervous system. Whatever action is dependent upon that phase of organization will not be performed at its optimal level.

As examination and treatment advance in natural health care, it is observed that everything in the development, adaptation, and growth of a child has a specific purpose. For example, when a child crawls around the living room floor, bilaterality in the nervous system is being developed; in other words, she/he learns to use the two sides of the body together in a harmonious manner. If this crawling stage is interrupted before bilaterality develops, the child goes into the next stage (developing right or left hand dominance) before s/he is ready. This can create many symptomatic problems, such as poor athletic coordination or poor coordination between the two eyes and ears.

Children will automatically begin to walk when they are ready, by pulling up on a coffee table, couch, or some other handy piece of furniture. Forcing a child to walk too early is similar to trying to teach algebra before basic math is learned.
Neurological disorganization can occur in a child even through s/he has had proper neurologic development in early life.

Neurological disorganization can be the result of illness or injury. The nervous system interprets sensory information and directs motor (muscle) control in an unpredictable, uncoordinated manner when neurologic disorganization is present. This is revealed when an applied kinesiologists examines a patient with this condition. The examination findings may change from test to test even though no treatment is being administered. This unpredictable pattern has become known as “switching”.

There are many signs indicating that switching, or neurologic disorganization, is present in a child. The classic textbook symptom of neurologic disorganization is mirror image reading or writing. Here, the child reverses in his mind what he sees with his eyes. The word saw is read as was. The sentence on the blackboard, ‘See Jane run.’ is written reversed in the lower right hand column of his paper. The child thinks s/he is reproducing exactly what is seen on the blackboard. This classic textbook pattern is not frequently seen.

More subtle evidence are not uncommon, such as reversing the letters d to b, p to q, or writing other letters backwards. Crossing the t at the bottom is also an example.

There are several specific evaluations the applied kinesiologists will use to examine and treat this condition. The correction might be very simple reflex stimulation, or it could be more complicated exercise procedures to develop the nervous system through it normal stages.

A very common cause of neurologic disorganization is dysfunction of the cranial-sacral respiratory system. Lack of normal motion of the cranial and pelvic structures place tension on the dural covering of the brain, spinal nerves, and spinal cord. Disturbances in this system may begin with birth trauma from difficult presentation of the head. Head trauma from falls as well as other causes from disorganization within the body may cause cranial-sacral faults. Many doctors are not familiar with the examination and treatment of these problems.

Blood sugar is the fuel for many body functions – especially the nervous system. The brain cannot carry out mental determinations without properly regulated blood sugar.

The incidence of children with inadequate blood sugar regulation is becoming more common, probably because of the greatly increased use of refined white sugar and flour. Blood sugar stress occurs when the blood sugar level goes through highs and lows, causing periods of poor thinking ability. This condition is easily diagnosed and treated, usually with very good results.

Important, but often neglected in sugar handling stress, is evaluation of the nervous system and other energy patterns that correlate with regulation of the body’s glandular balance. Dietary regulation and nutritional supplementation may help regain glandular balance. Diet change treats a certain portion of the condition and is helpful, but it does not result in optimal health. All aspects of the condition must be examined and treated, if necessary.

VI. What is the outlook for a child with a learning disability?

The prognosis, or outlook, for a child who has a learning disability varies considerably with the stage during which the condition is examined and treated. If a blood sugar handling problem or neurologic disorganization is treated early, the prognosis is good and return to normal rapid.

Regaining normal function when the condition has been present for a long time presents different problems. The child may have failed to learn basics in education necessary for a learning foundation. She/he may have been passed through grades even though unsuccessful in educational endeavors. If this is the case and the child is in the sixth grade, she/he is handicapped in learning new material due to lack of basic background material usually obtained during the first five years of education. Now catch up is necessary even though normal function returns rapidly after treatment.

Correction of a functional learning disability often allows a child to excel beyond our wildest dreams. Some of these children have accomplished fantastic feats of perseverance and dedication with their handicaps. They may have survived in the jungle of education by memorizing material from other children’s recitations, (necessary because they could not read as a result of neurologic disorganization). Correction of the function disorder provides the opportunity for rapid development.

At the Sahara Clinic, find out what is blocking your nervous system, and creating disorganization. Find out cause: structurally, chemically, and mentally. You and your child deserve to succeed in life. The answer is here ! ! ! 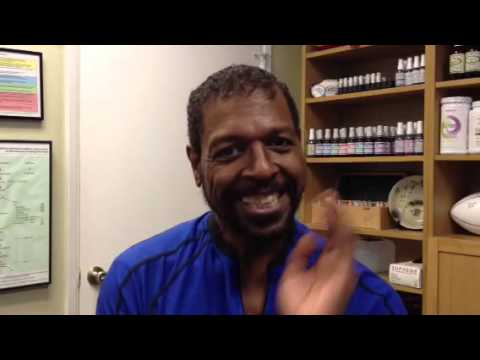 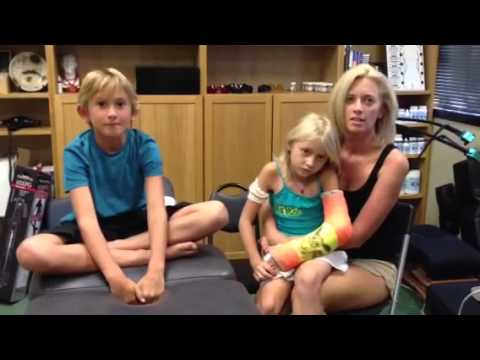 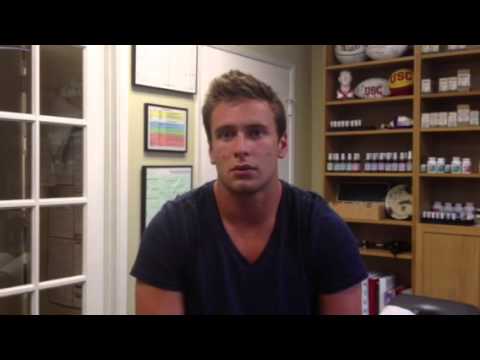